What’s in a name?

The first time I was asked to find a name, it was by an outstanding Art Director who called me and told me: “A company manufacturing and selling slatted bed sets needs a name for a new “articulated” slat system. The constraints are: It cannot end with “flex” because of Lattoflex. It must evoke the user’s benefits. It must suggest the name of the company. If you find it, you will receive the Naming Nobel Prize!!!!”I asked: “What’s the name of the company? ” He answered: “Pirelli”. I INSTANTLY answered: “Pirelax”. Followed a long silence…. “Gil! Are you there?” “Yes, I am. It’s exactly what they want!”. It does not end with “flex”. It evokes the user’s benefit. It suggests the name of the company. “How did you find it so quickly?”

The company bought it. In fact, they paid a good amount of money for it. And I received a fair amount for my key contribution.

People don’t pay for 3 seconds of effort. They pay for a Creativity-oriented life, for the inspiration it allows to happen, for the understanding of the strategic importance of a name and for a pertinent name to emerge.

By “good” names, we mean those who immediately evoke a concept, an activity,
a product, a service, a benefit… or several!

“Good” names help a person “see” something, “sense” one or several benefits and advantages.

They push people to “seize” those benefits and advantages by “acting” i.e. acquiring
the product or service.

In other words, good names can tell a story in one word.

Naming is about the essence of Creative Thinking

Finding a name is the exact opposite of an exercise in Crazitivity
I mean, it is not about finding something “funny”, listing names that do not exist, or trying to say anything that will sound original for the sake of being original.

In fact, naming is precisely an exercise in “Serious Creativity” which we define as “the capacity to create Value within well-identified constraints”.

Naming is about finding what is pertinent within constraints, something that creates Value – like fame, bonding, remembrance, brand qualities – within the constraints of what is! (Are we talking about Chocolate, Cosmetics, Consultancy, Cars or deluxe Leather Goods) and what does the Future looks like is (for a lasting Future positioning).

A name can be considered as a concept. An abstraction.

The whole difficulty of naming is to find the way to connect this abstraction with a concrete proposition – a product, a service, a company- in the most pertinent and efficient way.

It supposes that the essence of that product, service or company is embedded in the name, without saying it verbatim. A name with a “spirit” conveys the spirit of what is being named. It conveys a Universe.

Preliminary remark: some of the names listed hereunder were rejected for wrong reasons such as fear of damage to the original image, lack of Imagination of the Client, Old Fashion Conservatism or sheer Stupidity! 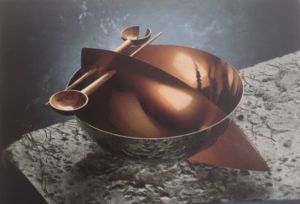 How can you find good names?

The benefits of good names

Names become good names because of the spontaneous confidence they generate due to the longevity of the company, proofs of consistency in Quality, stories associated with their Value-creating actions and initiatives.

Other benefits can be

In conclusion, considering what has been said so far, finding a good name is not easy.
It takes research (finding a name that already exists is a waste of Energy, Time and Money), Observation, constant mental activity, Serious Creativity and originality.
And Talent!

A good name has great economic Value and can generate a lot of income. It is therefore worth a lot of money, even if it only took a few minutes to find.
It is not the time spent that must be taken into consideration but the talent of the finder and the geographic zone of utilization. The fees for use in the European Union, or in the “geographic” Europe, or that plus the United States of the world are not the same.

Keep it in mind! And good luck!